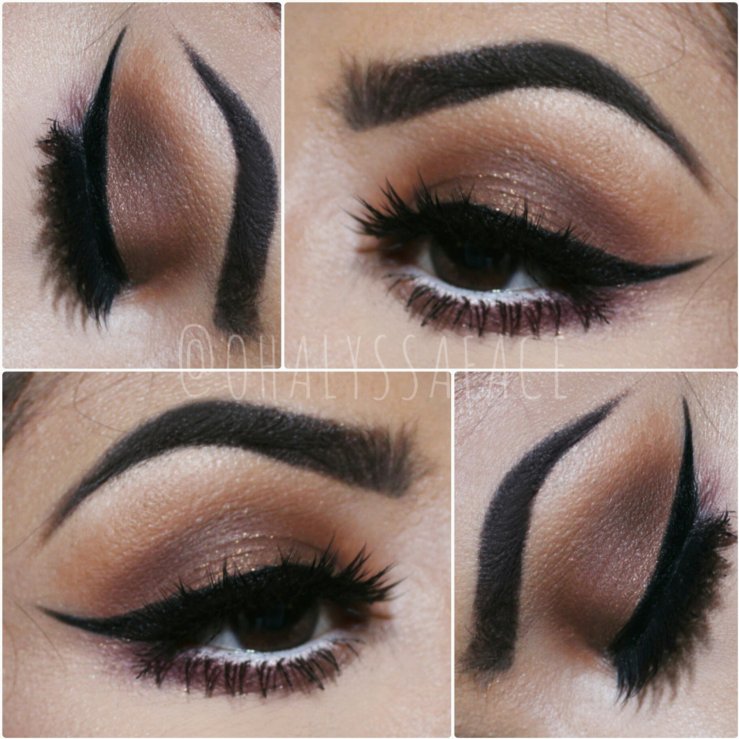 I woke up the other day craving chocolate in the absolute worst way, but since I can’t really shove my face full of Ghirardelli at 6 in the morning, I decided I’d settle for “chocolate inspired” Winter makeup instead. Plus I had a brand new, unopened lipstick that I wanted to wear, which I knew would go along perfectly with the whole “chocolate” concept.

The logic made sense in the moment because, chocolate.
l o l

I got this lipstick for free at the grand opening of the very first stand-alone Nyx store in Toronto last weekend.
You guys…..
I’m obsessed.
It is so creamy and moisturizing, but still ridiculously pigmented. I was a little worried that since it’s not a matte, or liquid lipstick, that it would rub off all over my mouth like crazy but I was actually incredibly impressed when it didn’t. The staying power of this product really surprised me as well. I did have to re-apply once, but it was during the end of my day and to be honest, the color didn’t fade even half as much as I initially expected it would. These are regularly $6 dollars, and I think they’re well worth the money. I’ll be picking up a few more shades for sure.

Everything you need to know about this look is  H E R E: