One of the first things I typically do in the morning when my alarm goes off at 4AM is unlock my phone, and take a look at what’s happening on the interwebs. I like to read the goings-on of the world at the start of each particular day, if you will. A few weeks ago I was doing this and when I finally made my way over to FB, THERE WAS MY EYEBALL! 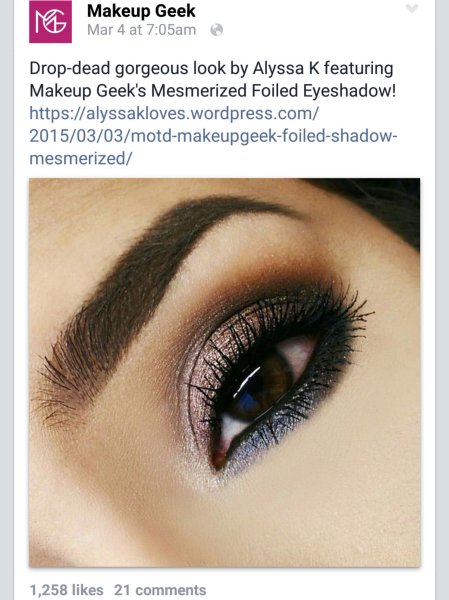 I had to do a double take but sure enough, it was my eye. That was my makeup. What the actual hell?! LOL. So after getting my brain together I was able to determine that whoever runs the MakeupGeek Facebook page found the blog post where I featured one of their new foiled eyeshadows, and apparently they liked it enough to share it to their business page! I think the neatest part for me personally was just the fact that my favorite independent makeup company found my WordPress through a search engine and by means of meta tags and keywords that I put in place. I took the advice of one of the very first bloggers I ever stumbled across and followed here on WP (A Opinionated Man) and have never once considered hiring SEO of any kind to do that sort of thing for me when I could very easily just learn to do it myself, or take pointers from someone else who’s done it before and because of that, this was a little extra awesome to me.
The next day, a marketing rep from MakeupGeek by the name of Jodi reached out to me via Instagram and told me that they really liked the makeup that I had been posting, and wanted to know if I might be interested in “teaming up”. We all know the obvious answer to that….psh. OF COURSE I’D BE INTERESTED. That’s pretty much the most rad opportunity of life.
So I emailed her.
She responded and asked if I’d want to create some makeup looks to post in the idea gallery on their website, and in return they’d send me some MakeupGeek goodies! This is a total and complete no brainer scenario for me. I have lived and breathed MakeupGeek products over the last year and I was so thankful to have such a stellar opportunity with a company that I truly stand behind and support. So, I happily accepted!

Less than 2 weeks later, my special package arrived in the mail.
I didn’t waste any time creating new looks with all of my awesome new products and about a week after that, my “concert makeup” got a feature on the site! I’m super psyched and forever so grateful to MakeupGeek for giving me another place to upload my never-ending and always growing stash of makeup shots! 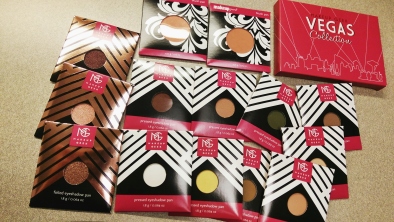 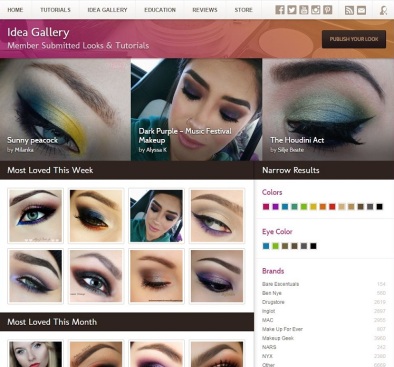 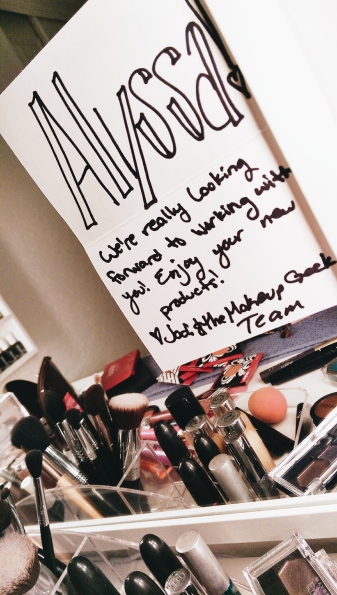